When we tell people the title of our book, it’s fun to watch their reactions. The first physical response is usually raised eyebrows, followed by a laugh. Then come the questions: You wrote this? Where can I buy it? What’s it about? One woman suggested that we change the title to something less provocative. But when we explained the story, she said, “Nope. That’s what it has to be named.” Another asked us not to let her husband see the book because he might have, uh, expectations.

People also ask: Which character are you? Did you know these people in high school? The answer is that the characters are entirely fictional. Bits and pieces of each one came from people we've met or heard stories about. And of course, authors always bring a bit of themselves to whatever they write. So although Peggy, Kiki, and June became our buddies while we were writing the book, they're definitely imaginary friends.
We’ve received a lot of positive feedback from readers, and we’re grateful for every kind word. Some of the comments were posted earlier on the blog, and more are included on our Amazon.com page.
Thank you to all our readers!
Posted by Sandra Nachlinger at 10:18 AM 1 comment:

There are five ingredients necessary for writing a book with a distant co-author:

Luckily, both of us possess all those qualities. Otherwise, there's no way we could have written I.O.U. SEX.
Posted by Sandra Nachlinger at 2:39 PM No comments:

We’re delighted at the response we’ve received from readers of I.O.U. SEX.
“It has been a long time that I felt so much a part of a book. The story brought back many memories and feelings for me.”
“It’s funny, poignant, sassy, sexy, heart-felt, and believable – everything a good book should be and more. I seldom choose romance novels, but I loved this one – probably because it’s so much more than that.”
Thank you all for your kind words!
To read the full text of these comments, check out our listing on Amazon.com
Posted by Sandra Nachlinger at 11:51 AM No comments:

Two Friends and a Dream 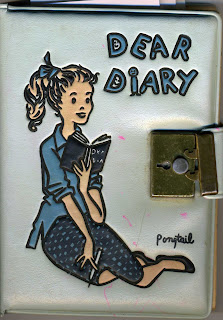