Why can't I discover the first book in a series first? Seems like I always come across the second or third installment before ever reading the first one! Today's Teaser book,
BLUEBONNET BRIDE
is the third in the Men of Stone Mountain series by Caroline Clemmons, and I just started reading it yesterday. It's a terrific book - great description, good plot, appealing main character - so I know I'll read the first two stories as well. Too bad I won't be reading them in sequence.

Winds sucked at her skirt so hard her shawl whipped away. She feared all her clothes would be ripped from her body.

Goodreads Synopsis:
When a tornado provides Rosalyn with the opportunity to escape the gallows, she collects her daughter Lucy and flees. They travel far enough West that Rosalyn believes she’s gone to the ends of the earth. She hopes she and Lucy will be safe in this remote North Texas town where she embarks on a new life as a dressmaker. If only she could avoid contact with people, especially the handsome sheriff who pops up every time she turns around. She fears either she or her chatterbox daughter may slip and reveal too much. Joel Stone has been content with his life, even if it’s not the one he’d dreamed. His younger brothers are married and living nearby, his aunts have moved to Radford Springs, and he is respected for the efficient job he does as sheriff. When he meets the new widow in town, his instant attraction staggers him. She appears uninterested, but he is determined to win her hand in marriage. But life doesn’t turn out the way either Rosalyn or Joel plan. They overcome temporary obstacles, but what of the secret she protects? Can he save her from the gallows?

Thanks for joining us for another Boomer Lit Friday. We're featuring an excerpt from I.O.U. SEX, the story of three women who search for their high school boyfriends, decades after graduation.


At this point in the story, people often wonder who Peg will choose as her private investigator and ask us, "Will Peggy fall for the P.I.?" Not a chance! Here's an excerpt from I.O.U. SEX giving you Peg's viewpoint when she first sees James Hornby. We hope this gives you a clear picture of why Hornby isn't exactly hero material.

He didn't look at all like what she expected. Instead of resembling the PIs she'd seen on television shows, he looked more like McGruff the Crime-Fighting Dog. You'd think he'd have the courtesy to rise to greet a prospective client, she thought. She straightened her shoulders and reminded herself that she would be the one paying for his services.

Not only did Peggy compare "Hornyberry" to McGruff, she also had a few more gems to say about him.

Not that this Bozo was such a prize. With his bald pate, jowls, and round belly, nobody would call him the pick of the litter.

That about says it all. Go, Peggy!

To connect with other Boomer Lit authors and read excerpts from a variety of terrific books, click HERE.
Posted by Sandra Nachlinger at 11:59 PM 15 comments:

Thanks for stopping by to participate in Boomer Lit Friday. Every week authors of books featuring Baby Boomers post excerpts on their blogs. Click HERE to connect to more.

Our snippet today is from I.O.U. SEX, the story of three lifelong friends who make a pact to track down their high school boyfriends. June and Kiki have found their high school steadies, but Peggy hasn't been as lucky. 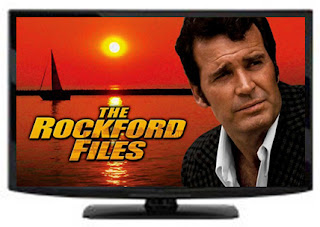 Peggy sat on the patio by the pool eating Krispie Kreme doughnuts and drinking a Coke, wondering what Kiki and June were up to. She hadn’t heard a peep out of either woman since their lunch, and she was dying to hear the latest in their boyfriend saga. These days, their lives rivaled “As the World Turns” for drama, and she hated to miss a single episode.

Since their last conversation, Peg had attempted to find where Mark was living without any success. She’d tried Kiki’s approach and done a computer search, typing “Mark William Smith” in the Google search box. When she hit “enter,” millions of hits popped up. Overwhelmed, she clicked on the big “X” and turned off the confounded machine. Given her computer ineptitude, she knew she’d probably done it wrong somehow. With only Mark’s name to go on, finding him on the internet would be like searching for a needle in a haystack the size of .

The solution came one sleepless night when Peggy turned on the TV and saw a “Rockford Files” rerun.

“Why didn’t I think of hiring a professional before?” She said the words out loud to the empty room.

She wondered how much an investigation would cost, and what she would tell the detective. Peggy laughed, imagining herself explaining Kiki’s crazy idea of payback sex to a complete stranger. The guy would probably fall off his chair laughing at the idea that a fat broad like her even had such fantasies, much less intended to act on them.

And what would she tell Ken? Not that her husband paid much attention to what she did, but she’d need to come up with some plausible story for how she spent the money, just in case he noticed.

Peggy decided to go for it. She went to the kitchen to find the Yellow Pages to see if private investigators were listed.

I've just started reading this memoir by Marsha Roberts, and so far I'm enjoying it a lot. She has a great sense of humor, and her recollections are like something you'd read in a letter from a friend. Look at the face in that photo. Doesn't Marsha look like a rascal? Each chapter contains an inspirational message at the end.

Today's excerpt is from the book's introduction. (I fudged and included three sentences, just this once.)

TEASER:
You know how when your jeans start getting tight, you tell yourself you had the dryer set too hot and they shrunk? Deep down you know you're gaining weight, but you just can't bring yourself to admit it.
That's how I was dealing with what was going on in the lives of me and my family.

Posted by Sandra Nachlinger at 5:59 AM 63 comments:

A weekly blog hop event for Boomer Lit writers
Thank you for stopping by for another excerpt from I.O.U. SEX, the story of June, Kiki, and Peggy, three Baby Boomers who search for their high school boyfriends.

Through an Internet search, Kiki has discovered that her old boyfriend Greg is now a televangelist, but she's having a hard time getting in touch with him. This scene shows her frustration.

Kiki lounged in the white leather recliner at the Pink Door Spa. She'd spent the morning getting her hair trimmed and her gray roots tinted red, then dozed while an herbal masque cleansed her face. After a hot stone massage, the manicurist completed her work. While the nail polish dried, Kiki used a pencil to punch buttons on her cell phone, trying the number she'd copied from the "contact us" section of Greg's website.
The woman who answered was not helpful.
No, she could not connect Kiki to Reverend Houston.
No, she could not give out his home address.
No, she knew of no mailing address other than the one on the website--the one where donations should be sent. It seemed to Kiki as if the only question that would solicit a yes from the old broad was "Do you take credit cards?"
To buy an eBook or paperback copy of I.O.U. SEX, click here: I.O.U. SEX on Amazon
For links to more outstanding BOOMER LIT books, click here: BOOMER LIT FRIDAY

I love to quilt, so it's no surprise that a book titled THE FORTUNE QUILT caught my eye. But this novel really isn't about quilting. The quilt connection is with a psychic who envisions an idea for a quilt, creates it, and then waits until the person it "belongs to" shows up. Then she gives a psychic reading, reflected in the quilt's design. The plot is about Carly McKay, a woman who is the recipient of one of the psychic's quilts.

I love Lani Diane Rich's voice - her characters are quirky but believable- and I had a great time reading this funny book.

TEASER: Hiking is not walking. Walking is something you do on a nice, level surface--like a sidewalk, or a path, or a floor--to get from Point A to Point B. If Point A and Point B are too far apart, you get in a car and drive, the way God intended.
(at 49% on my Kindle)

Goodreads Synopsis:
When Tucson Today segment producer Carly McKay visits the quirky artist’s community of Bilby, Arizona, to do a story on a psychic quiltmaker, she receives an odd reading... and her life falls apart in eerie harmony with what the quilt foretold. Her best friend professes his undying love; her show gets canceled; and the mother who disappeared seventeen years ago appears on their doorstep, getting instant forgiveness from the entire family... except Carly.Carly rushes off to Bilby to return the cursed quilt, and then surprises herself; she stays. She rents a cabin, gets a job, and meets an artist who shows her new ways to look at life, and love. Can she run away and start a new life, or should she go back and stitch her old one back together? And why is it so hard to get a straight answer from a psychic, anyway?