Does anybody remember necking at the drive-in?

I.O.U. SEX is the story of three women who make a pact to search for their former high school boyfriends—years after graduation.

For the past few weeks, we’ve been focusing on Kiki and her assignation with Greg, ending with her vow to “knock him off his pedestal.”


Starting this Sunday, we’ll be posting excerpts from June’s story. In this scene, memories from 1965 and her first love, Denny, surface. They’re in the back seat of his car at the Jefferson Drive-In in Dallas, and the windows are fogging over.
“You better slow down or you'll get more than you bargained for." He turned and grasped her shoulders, staring into her blue eyes. "Or have you changed your mind?"
June scooted away, her warm feelings cooled by Denny's question. She pushed her long blonde hair off her face and anchored it behind her ears. "You know how I feel about going all the way—why can't we just have some fun?"

We think you’ll agree that Denny’s idea of “fun” might not be the same as June’s. An eighteen-year-old male’s hormones seem to change his perspective on everything, don’t you think?
Thank you to everyone who follows Six Sentence Sunday every week and takes the time to comment. We appreciate your feedback.
To read snippets from other authors, click on the links listed here: Six Sentence Sunday
Posted by Sandra Nachlinger at 1:00 AM 12 comments:

Old eating habits are hard to break, aren’t they? In this scene from I.O.U. SEX, best friends June, Kiki, and Peggy get together for the first time since their inebriated idea to search for their old high school boyfriends.
The next day, Peggy sat across from her two friends, studying the restaurant’s menu and having a hard time deciding which entrée to order. Finally, she told the waitress to bring her favorite meal—chicken fried steak, mashed potatoes with cream gravy, and a large Coke. A look passed between June and Kiki, but they said nothing, other than to ask for grilled tilapia with steamed veggies and iced tea. Peggy sighed, wishing she had their willpower, wondering if she could change her order, but the waitress had already taken their menus and left.
Kiki took a sip of water and smiled at the others before speaking. “So, how goes the great search? What's the latest?"
“Search? Wa…wait a minute,” Peggy stammered. “Are you talking about your wild idea to find our old boyfriends? I thought that was just a joke. June, you’re not searching for Denny, are you?"
June's cheeks reddened. "Well, yes. In fact, I found him."
Peggy stared at her friend, open mouthed, thinking June must be as crazy as an outhouse rat to get involved in Kiki's scheme. "But...but...you aren't going to--"

Here's a link to a chicken fried steak recipe (and the source of our photo):

I.O.U. SEX is available in paperback and eBook formats. Click on the "Buy I.O.U. Sex" tab above for more information. This excerpt was edited for Sweet Saturday Samples.

We’ve skipped the last couple of Sundays, but we’re back today with more from I.O.U. SEX. This entry wraps up the rendezvous between Kiki and her former steady who is now "Reverend" Greg. Kiki discovers even a man of God isn’t always as holy as he appears to be.

Kiki cranked the car's ignition and pealed out of the parking lot. She shifted into high gear and tore down the street, her anger hotter than the sun-baked pavement.

Greg has no idea who he's messing with. He's right--this isn't finished. Not by a long shot. I'm gonna knock that sanctimonious sack of shit off his pedestal if it's the last thing I ever do. 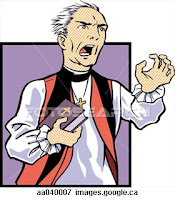 For more Six Sentence Sunday snippets (or to add your own), click on this link: Six Sentence Sunday. Thank you, Sara Brookes, for hosting.
Photo source: http://baronsview.blogspot.com/2009/04/alabama-preacher-said-to-his.html
Posted by Sandra Nachlinger at 1:00 AM 29 comments:

Title: I.O.U. SEX
Genre: Women’s Fiction / Romance
Rating: R (Sex between consenting adults and some mild profanity)
Haven’t all of us had weight or health issues at one time or another? One of the main characters in our book, I.O.U. Sex, faces the reality that the worst thing about being overweight isn’t her appearance—it’s the threat to her health. In this scene, Peggy realizes just how severe her problem really is when she opens an envelope from her doctor’s office and sees the results of her latest physical. 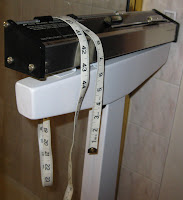 Peggy took a deep breath, hoping her cholesterol level was lower than last time, and that her HDLs, LDLs, whatever the heck all those Ls were, had improved. Filled with dread, she opened the envelope and spread the sheet of paper across her knees.
Crap.
There it was in black and white—total cholesterol, 359.
Geez, that’s almost as much as the number of days in a year.
Her other numbers were even worse. The doctor had written a note at the bottom of the page, asking her to call his office. He also wrote “diet, exercise, medication” alongside his comment and underlined the words for emphasis.
Double crap.
No way did she want to go on some ridiculous diet that would leave her starving and depressed, like some anorexic supermodel, or take some scary medication with a long list of side effects. She crammed the report back into the envelope….
Peggy always says, "Even a blind hog can find an acorn once in a while." But will she be able to find the strength to reverse her weight and health issues, especially before she connects with her old boyfriend?
A click on this link will take you back to the Sweet Saturday Samples list:
Sweet Saturday Samples
Posted by Sandra Nachlinger at 1:23 PM 6 comments: