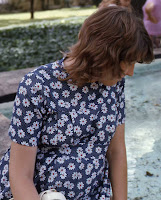 In last week’s Sweet Saturday Sample, our friend June (from I.O.U. SEX) found out she was pregnant. What is she going to do now? She still loves Denny, but she hasn’t heard from him since he told her to go to hell, ended their relationship, and returned to . What will he say if she calls him? Uncertain of the right decision, she decides to stay in her dorm at UC Berkeley and go to school as long as possible while considering the possibilities. But before she can come to any concrete decision …
Shortly after the spring semester started, June heard a shout from the dorm hallway. "June! Hey, June. Phone call." She struggled out from under her quilt and walked down the hall to the pay phone.
"Hello? Oh, hi, Kiki. What's up?" Kiki rarely called unless she had something important to say, like she'd decided to change her major again or she'd met a new guy. June wasn't in the mood for her drama.
Kiki's voice came through the receiver. “Uh, June, I heard something at a party, and I wanted to be the one to tell you. Um, well, you see ...."
June sighed. "Kiki, just spit it out." She pushed her hair from her face and tucked it behind her ears with her free hand. It wasn't like Kiki to be so hesitant. Usually she blurted out whatever she had to say and to hell with the consequences.
"It's Denny. He ... he got married."
June felt a lurch deep inside, as if the baby had reached up and twisted her heart. She sank to the floor, stretching the phone's metallic cord to its full length. "What? Denny's married?" Surely she'd misunderstood.
"Junie, I'm so sorry, but I thought you would want to know. That bastard married Nita Crawford. They ran away to another state, I'm not sure where. You remember Nita. Black hair? Bad reputation? She was a year behind us at Rayburn. I heard she might be knocked up."
June's lips were too numb to form words. She shook so badly she had to grasp the receiver with both hands to keep from dropping it.
"June? June? Are you there?" Kiki's worried voice shrieked in June's ear.
"I'll ... I'll talk to you later. Bye."
"But June ...."
June hung up the phone and stumbled to her room. Back in bed she pulled the quilt over her head, shaking, freezing even under the heavy covers. She felt a flutter in her womb, a reminder of Denny's child. Her heart ached for the unborn infant and for herself.
Looks like I can scratch one item off my list. Marrying Denny is now an impossibility.
The sudden elimination of any possibility of marriage forces June to make some even tougher decisions about her predicament. She must now consider the only choices left to her—an illegal abortion, single motherhood, or adoption—and all three ideas almost break her heart. Yet she must decide, and soon!