Today we’re talking with Lori Pollard-Johnson, author of Toxic Torte, The Lie, The Truth Test, and Recipe for a Rebel. (*She's giving away copies of two of her books too!) 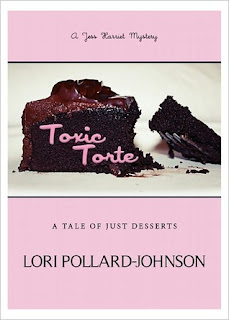 S&S: The title of your mystery Toxic Torte is perfect. Love the alliteration! What inspired you to write a culinary cozy?
Lori: In the case of Toxic Torte, the title came first. I was in (to swim with dolphins), when I saw an attorney's advertisement on Toxic Torts. I'd been writing for the food industry for quite some time at that point, and an idea of a chef dishing up divine justice to a restaurant critic sparked my imagination. It took me many years and a lot of sidetracks before I finished, but Toxic Torte has been my most profitable book so far.

S&S: Do you have a favorite scene?
Lori: I think my favorite scene is near the end when our heroine's eyes are opened to true unconditional love. I can't say too much for fear of ruining the ending, but it was a surprise to me as I wrote it, too. That's the magic of writing—I get to share in the reader's sense of wonder at a surprising, yet satisfying, ending that is also true to the characters. 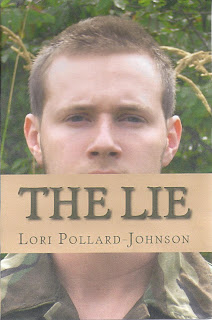 S&S: Your latest novel, The Lie, is quite different from Toxic Torte. Tell us a little bit about it, please. What prompted you to switch genres from adult mystery to young adult?
Lori: The Lie is a very edgy young adult novel; some might call it a "coming of age" novel. A chance meeting on a plane spurred this story. A young man on his way to report for basic training had to share a headset with a woman sitting next to him because he didn't have enough money to purchase his own headset. Watching the two of them--strangers at first--made me realize how much we value our service men and women, as well as the complexities involved in enlisting, especially as a very young person. It was very moving for me, and I guess writing Jace's story is my way of honoring the bond I saw on that plane. Although it's a departure from Toxic Torte, it's actually halfway back to my roots--my first two "traditionally published" novels, The Truth Test and Recipe for a Rebel, are kids' novels aimed at mid-grade readers (10-14 years old). I don't really confine myself to one genre, though; I write the story that speaks to me.


S&S: If one of your novels were made into a movie, who would you cast as your characters?
Lori: If Toxic Torte were made into a movie, I'd cast an unknown, mid-twenties actress who is larger than a size 2. She'd be real: imperfect haircut a bit out of trim, slightly wrinkled clothing, and eyebrows in need of plucking. If I were looking through headshots, I'd look for a young Toni Collette. A few of the other characters I'd be able to cast right away: Rod, Jess's boss, would be played by Jesse Spencer, best known as Dr. Robert Chase on the television show HOUSE; Jody Lish, owner of Bayou Deja Vu, would be played by Holly Hunter; Laurette Roen, owner of Bien, would be played by Angelica Houston; Gwen, the hostess of Green, could be played by Jaime Pressly, famous for her role as Joy Turner on MY NAME IS EARL; and Perry, the victim, while seen only in pictures, would be well-represented by John Hillerman, best known as the butler on MAGNUM PI.

“…a man floating in a homemade aquarium.”

S&S: Are you working on a new book? Want to tell us a little bit about it?
Lori: I have two works in progress. The first, Corpse in the Cottage Cutie, is another cozy mystery, this time featuring best friends and recent divorcees, Jan and Pam, who are attempting to make money by flipping houses (in a terrible market)...because it's the only thing they know how to do, and they're determined to make it on their own without any help from their lyin' cheatin' exes. Unfortunately, on the first day of their first renovation, Jan removes paneling from a cedar closet and discovers a forty-year old secret: a man floating in a homemade aquarium. In order to speed up the policing and get back to flipping houses, the ladies decide to investigate on their own.
The second work in progress is still in outline form. Tentatively entitled Run, it's an edgy young adult novel about a seventeen-year-old girl who accidentally hits a homeless man on the way home from a party late at night. No one sees her, so she races for home and tries to pretend it never happened. But dead bodies don't go unnoticed, and she's torn between coming clean and keeping her dirty little secret. 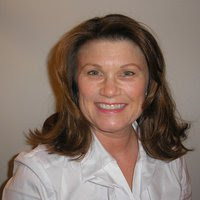 ***GIVEAWAY***
Leave a comment below and you'll be entered to win Toxic Torte or The Lie in eBook format! Just be sure to leave your email address in your comment so we can find you.

You can purchase Lori's books here:
The Lie (Young Adult)
Toxic Torte (Mystery)
Recipe for a Rebel (Middle Grade)
The Truth Test (Middle Grade)
(The Truth Test is also on the Accelerated Reader program here: The Truth Test)
You can also find all four books on Barnes & Noble and Toxic Torte and The Lie can be found on Smashwords in multiple formats.
Posted by Sandra Nachlinger at 10:28 PM